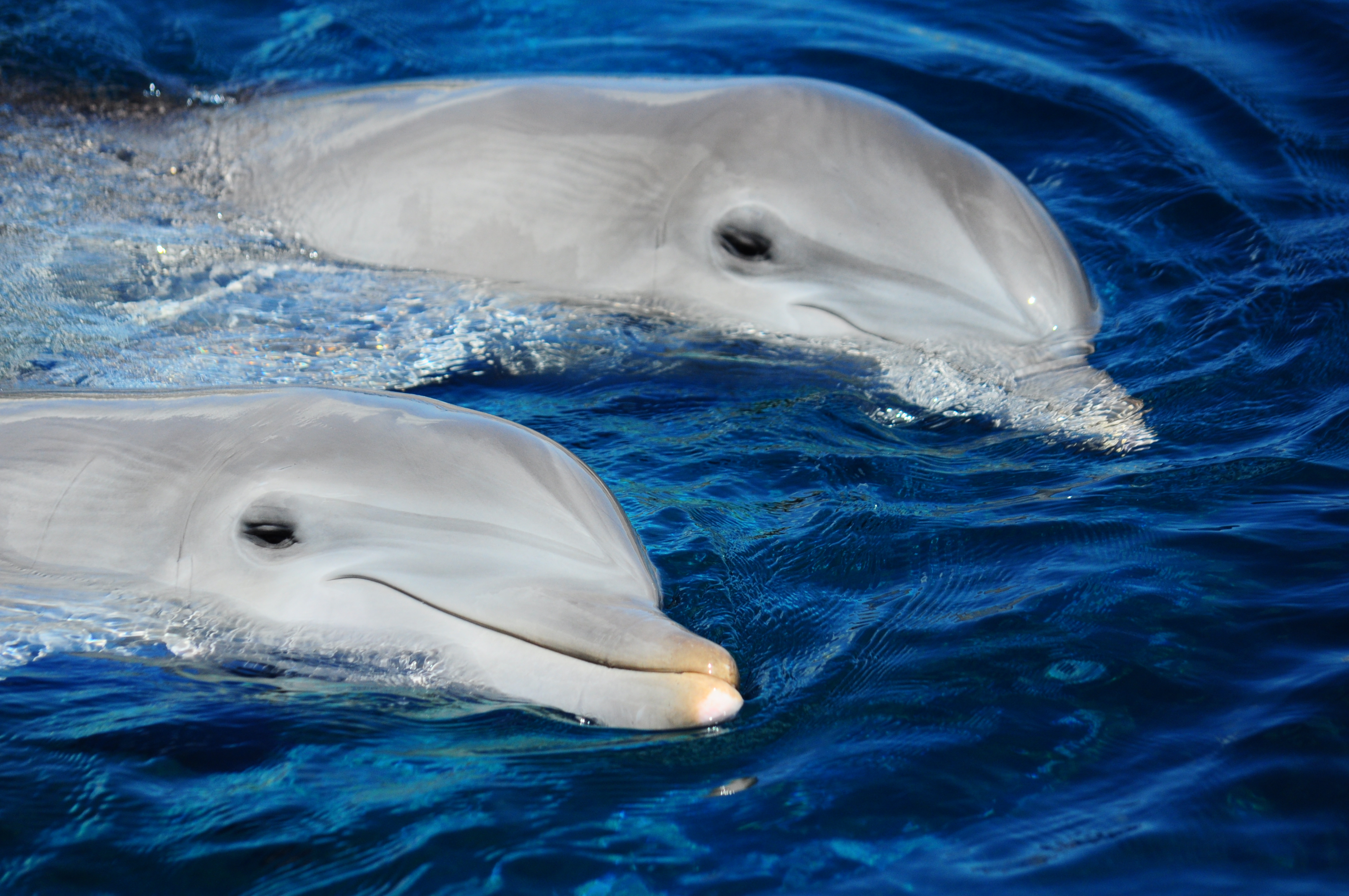 We are once again partnering up with Marineland, the dolphin experts, for a one-of-a-kind sailing experience. Together we hope to encourage the future generation to be passionate conservationists of our oceans and the amazing creatures that inhabit it. We are only booking a few of these trips this year and seating is limited, so please book early!

Come on board and then kick back and relax while educators from the world’s first oceanarium talk about dolphins. Your guide, Terran McGuiness, will educate and entertain you with all kinds of interesting facts about these magnificent mammals, as well as the important conservation work taking place at Marineland. On board the tall ship Freedom, more often than not we are fortunate enough to see dolphins in the wild, interacting in their natural habitat – this is a great time to ask Terran any questions you may have about their behavioral patterns.

There is no set sailing path, we go where the wind takes us. Complimentary refreshments are included, passengers may bring snacks or a picnic. After your sail, visit Marineland to complete this unique experience. Your ticket includes the sail and admission to Marineland.

About Marineland – A Part of Florida History

Marineland opened in June of 1938 as Marine Studios – a facility designed for Hollywood film makers to create underwater footage for their movies. The founders, Douglas Burden, CVWhitney, and Count Ilia Tolstoy could never have foreseen the excitement that this innovative “oceanarium” would create among the general public. Never before had people had the opportunity to see marine life live and up close and from the day it opened, Marineland has provided that opportunity to millions of amazed guests. 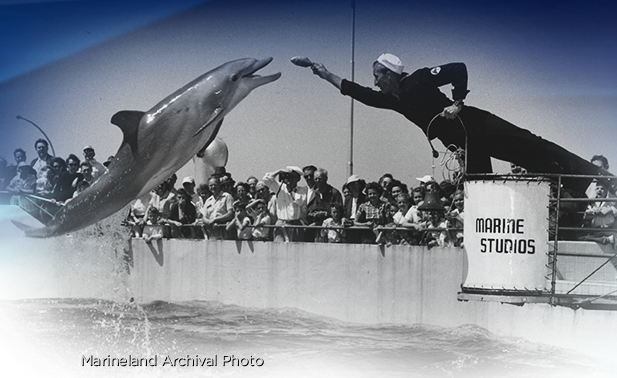 Throughout the years, Marineland has pioneered studies in marine science, animal training, water chemistry, and so much more. Marineland served as the model by which so many other aquariums, oceanariums, and marine parks based their own development and design. 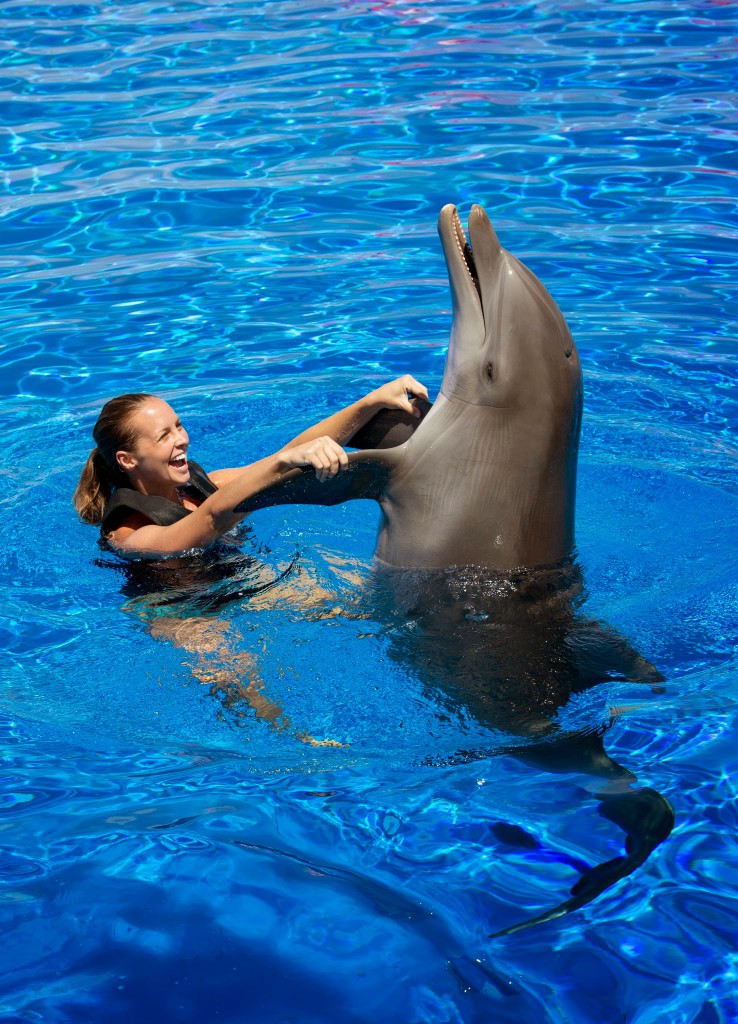 The early months of 2006 marked the beginning of a new chapter for Marineland when it opened as Marineland’s Dolphin Conservation Center. The modern 1.3 million gallon facility was designed with the behavioral needs of the animal, the viewing capabilities of the scientist, the logistical needs of the trainer, and the “edutainment” needs of our guest in mind. With the past in mind, they have chosen a path for the future: interactions instead of passive viewing.
Gone are the days when the emphasis was on performing animals. Now the guests join the animals in their habitats and make the physical and emotional connection that inevitably leads to a true understanding of why we need to protect these incredible animals and their marine environment.
In April of 2008, The Dolphin Conservation Field Station was established as a collaborative venture between the Georgia Aquarium in Atlanta, Georgia and Marineland Dolphin Adventure in Marineland, Florida. In 2011, the Dolphin Conservation Field Station became the GeorgiaAquarium Conservation Field Station (GACFS). The GACFS is a non-profit organization that is dedicated to research, rescue, rehabilitation and release of dolphins and small whales in Northeast Florida.The GACFS’s location in the town of Marineland is quite beneficial, as this section of coastline has more marine mammal stranding activity than the entire Gulf Coast of Florida. Working as one of many state and national Stranding Network Participants, the GACFS will primarily cover the Intracoastal and Atlantic waterways of Flagler County. Groundbreaking research involving photo identification is currently being conducted, to learn more about local dolphin populations in the area. They are the only research group licensed to carry out this amazing work.

Terran is our resident expert in everything marine mammal! As the Manager of Education and Community Development, it is her job to share her passion for the conservation, protection, and understanding of dolphins. Terran graduated in 1994 from the University of California at Santa Cruz with a B.A. in Biology. Summers during college she interned and volunteered for the California and National Park Service, which is how she fell in love with informal environmental education in outdoor environments. Her first position was in the Education Department at Marine World Africa USA in Northern California, from 1994 – 2001. She then joined the Education team at Marineland in 2001. She briefly left to be a part of the Education Department at Dolphin Connection in the Florida Keys, but returned to Marineland in 2014 as the Manager of Education and Community Development.  A dedicated scholar, Terran has done field research on elephant seals in Ano Nuevo, California and has been to Africa twice (Namibia and Kenya) to study human interactions with wildlife. She is a published author, having written a book about Marineland history and has served as the facility historian since 2004.

From Terran:
My personal goals are to inspire people to tread more lightly on the planet by connecting them to beautiful animals. We do this via dolphin interactive programs, school field trips, outreach programs, and summer camps.
I also am working hard to partner with other like minded organizations in northeast Florida to unify our audiences so that we can bring together individual teams of people who all care about the oceans into one powerful army for conservation. The Fins and Freedom program is an example of that. 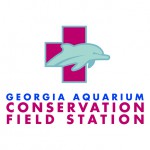